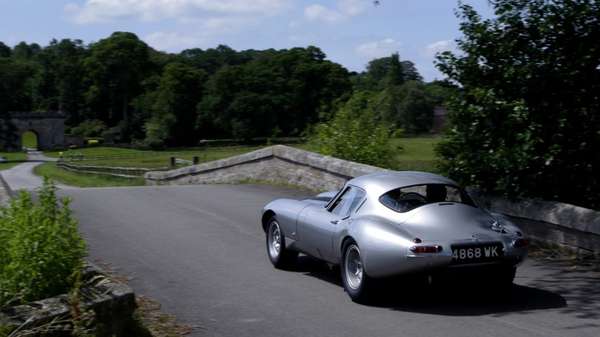 Jordan Sowunmi — July 27, 2011 — Autos
References: jaguar & gizmag
The Low Drag Lightweight Jaguar E-Type 1964 is a one-of-a-kind vehicle built by the iconic luxury car company 47 years ago. Before the vehicle could even be put to use, it was stalled when it crashed during a high-speed test drive at Autodrome de Montlhéry, and was so badly damaged many insiders thought that it would be impossible to be restored.

The '64 Jag E-Type made its public debut at the Cholmondeley Pageant of Power in the UK on July 18th, joining other types of Jaguar E-Type's for a display commemorating the company's 50th anniversary.

Looking at the pictures of the newly restored speed demon, it's clear that the Jaguar E-Type 1964 has aged like a classy wine -- quite well.

Implications - Contemporary consumer society has placed an increasing premium on innovation. One of the best ways a company can show its commitment to excellence is through developing radical concept products. Regardless of whether or not the goods ever make it to fruition, the fact that the company is investing in products that utilize the latest in technology or skew avant-garde shows consumers that the company is dedicated to finding the next best thing, or creating it on their own.
6.1
Score
Popularity
Activity
Freshness