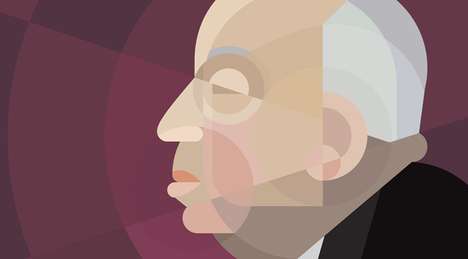 With only a handful of polygons, Daly is able to not only convey value and lighting conditions, but he also manages to capture the likeness of celebrities like musician John Lennon, director Alfred Hitchcock and retired MMA fighter Chuck Liddell. Whereas lesser artists would often stress and over-complicate their work trying to capture minute details, Daly recognizes the importance of conveying only crucial elements, saving himself both time and energy while delivering stunning results. It’s also incredible how expressive each piece is despite its minimalist approach.

Jack Daly is a graphic designer and co-founder of FormFiftyFive, which is an Internet platform allowing young artists and designers to share their work with a similar-minded community.
2.4
Score
Popularity
Activity
Freshness
View Innovation Webinars