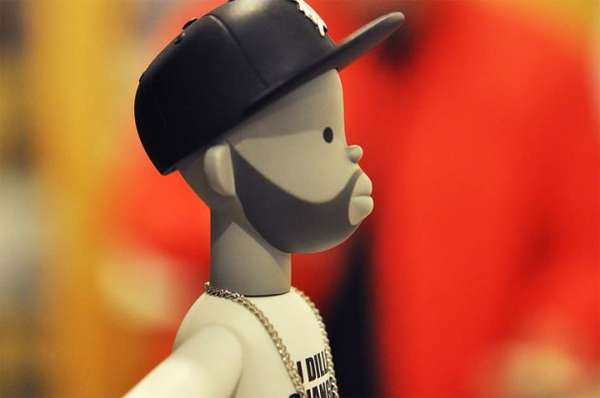 Romina S. Cortellucci — July 6, 2012 — Pop Culture
References: jdillafoundation.org & highsnobiety
Share on Facebook Share on Twitter Share on LinkedIn Share on Pinterest
To commemorate the life of the legendary hip-hop producer, the J Dilla Vinyl Toy will be released later this year. J Dilla, or James Dewitt Yancey, passed away in 2006, but is known for helping create critically acclaimed albums with big names such as Ghostface Killah, Common, Busta Rhymes, A Tribe Called Quest, The Pharcyde and Erykah Badu. This vinyl figure will be released by the J Dilla Foundation, a non-profit that is working to help fund inner-city music programs and provide scholarships for students attending music curriculum schools.

The design of the toy was created by Phil Young Song, encapsulating the spirit of J Dilla as he holds onto an MPC. Stay tuned for details on a set day for when the toy will be available for purchase.