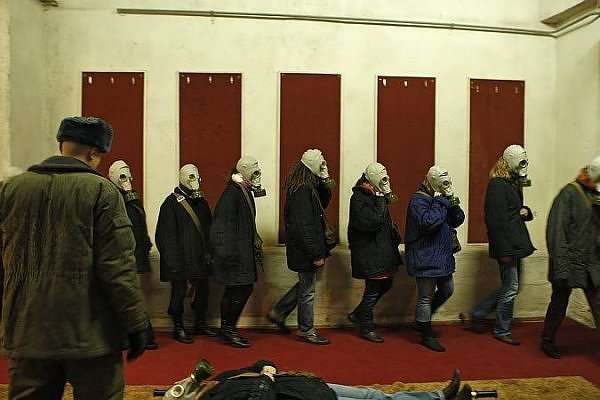 Marissa Brassfield — November 15, 2008 — World
References: sovietbunker & boingboing.net
If you’ve ever felt an insatiable need to return to the 1984-era USSR, Išgyvenimo Drama, also known as Soviet Bunker, is the theme park for you. For about $50 (120LTL), you’re given an intense two-and-a-half hour step back into time, Soviet style.

Išgyvenimo Drama is located near Vilnius Lithuania, and was once a Soviet bunker that was used to protect a television transmitter and served as a secure post for troops. All actors involved in the re-enactment project were either once in the Soviet army or actual interrogators. There are, however, less intense performances geared towards students and children.
4.6
Score
Popularity
Activity
Freshness