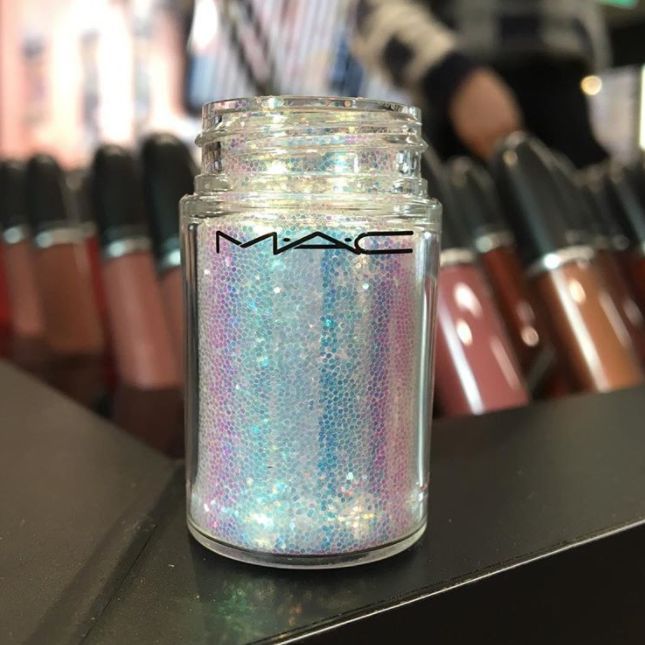 Riley von Niessen — February 23, 2018 — Fashion
References: maccosmetics & popsugar
Share on Facebook Share on Twitter Share on LinkedIn Share on Pinterest
During London Fashion Week, makeup artist Claire Mulleady shared some behind the scenes footage of her work, and showed fans how she used MAC's iridescent glitter pigment as an eyeshadow on one of the models she worked with. To take full advantage of the sparkle that the pigment provides, Mulleady gently tapped it onto the model's eyelids to pack it down, generating a statement look that provided a healthy glow.

In addition to using the Iridescent White pigment as an eyeshadow, consumers can also use it to add some sparkle to their shoulders and collarbones, or even put it in their hair. Like other MAC pigments that are currently available, the white version comes in a large pot that's likely to last years, and costs $22 USD.