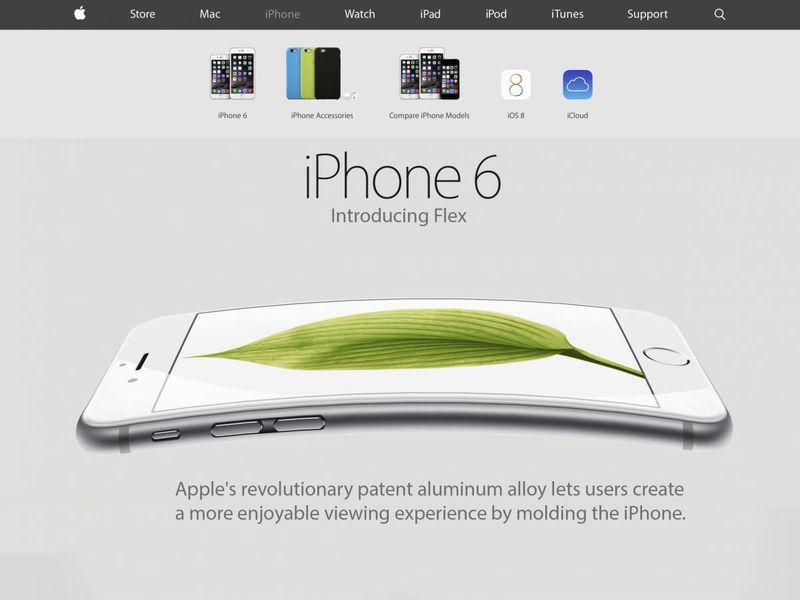 Laura McQuarrie — September 27, 2014 — Pop Culture
References: businessinsider & cnet
There are a few phones that have been deliberately released with curved designs, but the iPhone 6 bending incident was not intentional. The "Bendgate" has been creating a lot of conversation online lately, and with it, some parodies of this flaw in the phone's design.

This particular spoof takes the form of an Apple product page, introducing a new feature called "Flex." Although there are users who have reported that regular use of their phones has caused the devices to bend under pressure—an undesirable feature—this funny Apple parody makes it seem like the hippest and newest thing. The fake product description notes that a "Patent aluminum alloy lets users create a more enjoyable viewing experience by molding the iPhone," which makes the phone seem like it's made from something extremely malleable, like clay.
6.5
Score
Popularity
Activity
Freshness

Smartphone Comparison Commercials
Between the Galaxy vs iPhone 6, Samsung Shows Who Came First