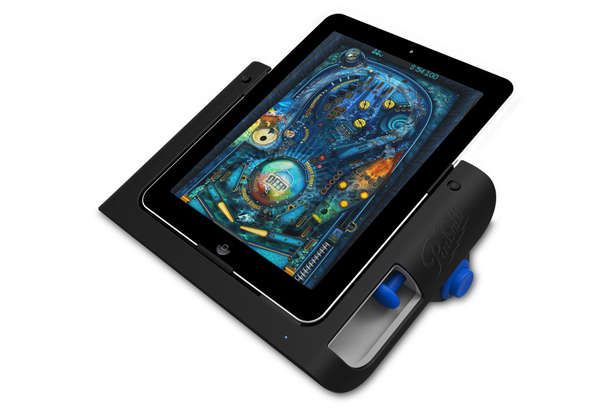 The iPad Pinball Game Console is Like a Mini Arcade Machine

Most pinball enthusiasts will tell you tell you that nothing beats playing on full-blown pinball machine. But real pinball machines have become expensive collector's items, not to mention they pretty much take up an entire room of your house. With this in mind, Sharper Image came up with the iPad Pinball Game Console. Just slip your iPad into the console, download the free app and voila, you've got a portable little pinball machine complete with all the bells and whistles of the real deal.

The console runs on three AAA batteries and is able to connect wirelessly to the iPad, while the app features five free tables -- Wild West, the Deep, Snow Pinball, DaVinci and Jungle Style -- and it supports up to two players.

Thanks to the simple control scheme, pinball is one of the few games that really shines on the iPad. If you've got dreams of becoming a pinball wizard, the iPad Pinball Game Console is a great buy.
3.8
Score
Popularity
Activity
Freshness
View Innovation Webinars