Made in the Shade Solar Panels 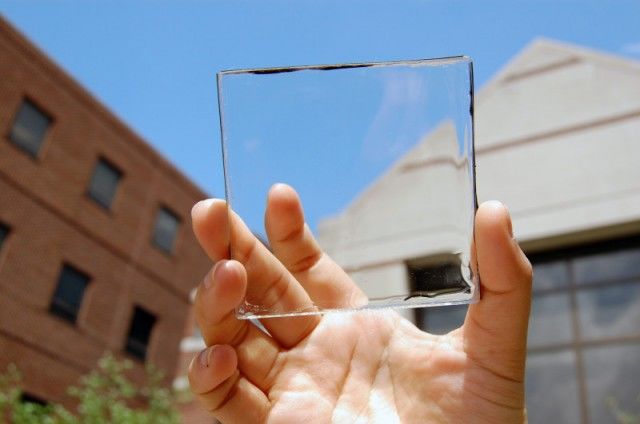 Cadhla Gray — July 21, 2015 — Eco
References: extremetech & themindunleashed.org
Share on Facebook Share on Twitter Share on LinkedIn Share on Pinterest
Windows don’t typically do a whole lot more than let natural light in and a person’s gaze out, but what if solar cell technology had the potential to double as an invisible energy source? Material engineers at Michigan State University have developed a transparent solar cell that could transform every window into a source of power.

At first the technology altered the color and transparency of glass, giving off a kaleidoscope effect that was not very natural. However, this process led engineers to discover that they could make the active layer of the system transparent or essentially invisible. How? The solar cell absorbs and transmits light in the ultraviolet and infrared spectrum of wavelengths that the human eye cannot see.

This technology is not limited to windows, but has the ability to replace any glass surface -- smartphone screens, e-readers and laptops could become invisible energy sources that are able to charge themselves. Installed in a home, you could even be able to say goodbye to dreaded electricity bills.
6.9
Score
Popularity
Activity
Freshness
Get Better and Faster