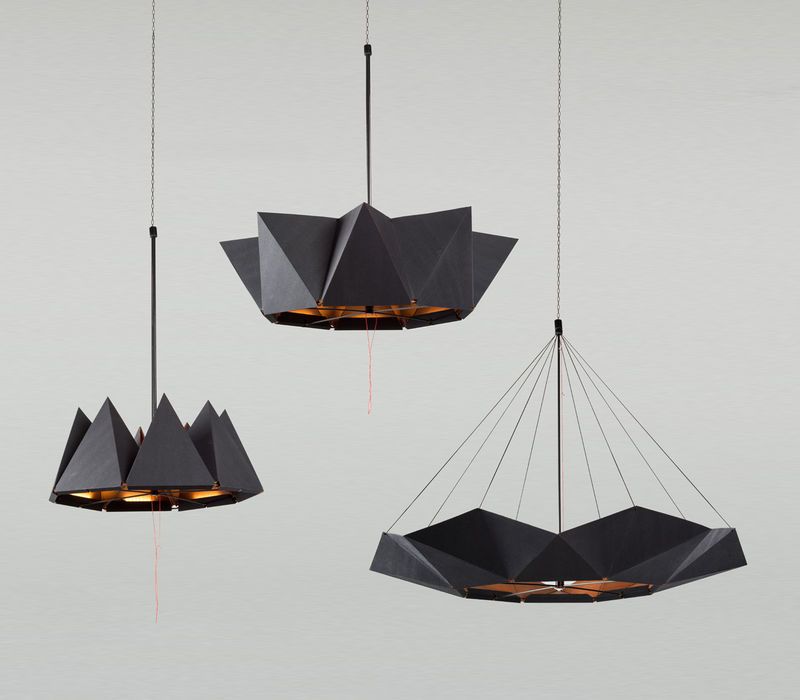 The inMOOV Lamp Has an Elegant Folding Shade

Joey Haar — May 2, 2017 — Art & Design
References: ninalieven.net & design-milk
Share on Facebook Share on Twitter Share on LinkedIn Share on Pinterest
inMOOV, a lamp designed by Nina Lieven's Berlin-based Studio Lieven, incorporates a geometrically complex and impressively elegant shade that is designed to resemble the movements of nature. The lamp, which folds open and closed smoothly by hand, is inspired by organisms like flowers and jellyfish, whose undulating movement is a calming sight in a world of anxiety.

The folding shade covering inMOOV takes technical cues from Paul Schatz' Invertible Cube, the mind-bending, mathematical shape that is like a three-dimensional version of a Mobius strip. Aside from the shade, the lamp's light itself responds to the state of the fold. When fully extended, the LED will be at its hottest (3,500 Kelvin) while it will be at its coolest when contracted (2,500 Kelvin,) with a smooth gradient of light temperature in between.
6.2
Score
Popularity
Activity
Freshness
Get Better and Faster

Multipurpose Lamp Lights
The 'LightCube' is Gesture-Controlled and Multifunctional