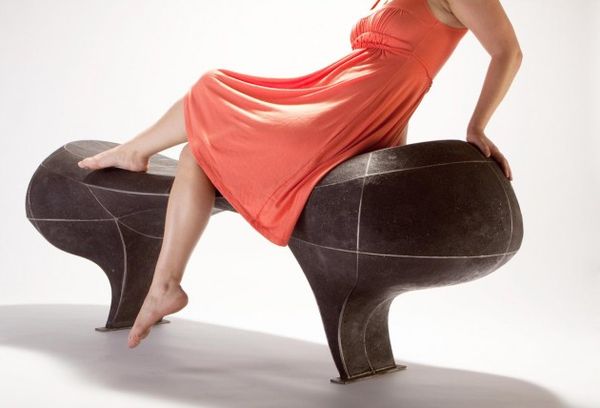 The Infrastructure Series by Vivian Beer is Sensuously Curved

Meghan Young — June 3, 2014 — Art & Design
References: vivianbeer & contemporist
The Infrastructure Series by Vivian Beer, an industrial designer based in Manchester, New Hampshire, is a furniture collection that juxtaposes the structure of grids with the artistic forms of abstract sculptures. Interestingly, its name does suggests an architectural influence in spite of its sinuous shapes and asymmetrical silhouettes. The two work together nicely to create a push and pull aspect that will appeal to a variety of people.

According to the designer, the Infrastructure Series by Vivian Beer "is a study of ubiquitous architectural public works through the public/intimate format of benches." The introduction of sensuous curves is suggestive of this intimate relationship with the user. The closeness between person and furniture is not something people often dwell on.
5.3
Score
Popularity
Activity
Freshness