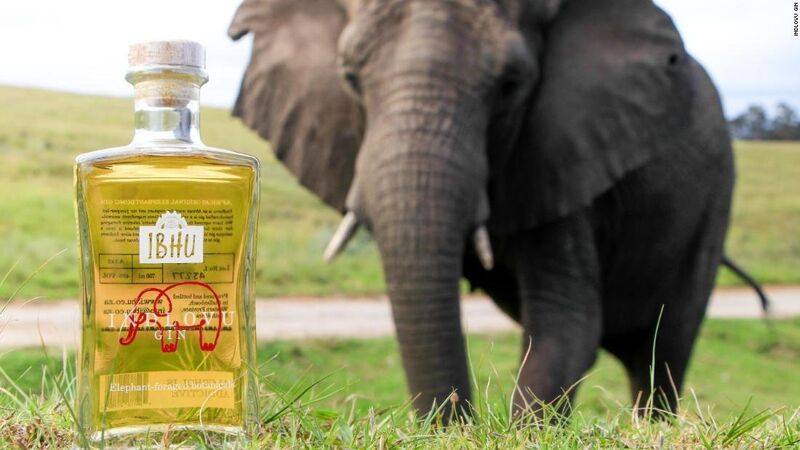 The South African Indlovu Gin is Made from Elephant Feces

Grace Mahas — January 22, 2021 — Unique
References: ibhu.co.za & odditycentral
Share on Facebook Share on Twitter Share on LinkedIn Share on Pinterest
Indlovu is a South African gin made from "elephant dung." To begin, the dried feces is dried and put through a sterilization process so it can be rinsed and dried once again to be infused in the gin. In addition to the unusual ingredient, the gin is also infused with traditional ingredients including coriander, aloe, acacia, and juniper–flavors that pair with extracts from the elephants' diet like grasses, roots, and bark.

"It's got an earthy, grassy-type flavor," said Ansley. "Depending on where we collect the botanicals or which elephants we collect botanicals from, the gin flavor is going to change slightly."

The founders of Indlovu, the Ansleys, were inspired to make the unique Gin after visiting an animal reserve in South Africa. They learned that elephants are extremely particular about the food they forage, however, only half of the plants are absorbed–leaving the other half to remain intact in their feces.