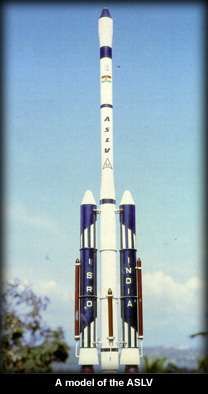 Mike Weldon — August 15, 2006 — Tech
References: isro.org & wired
Share on Facebook Share on Twitter Share on LinkedIn Share on Pinterest
If you think it's important to have a space agency, but your country doesn't have one, then it's important to just get it done. That was the mantra of Dr. Vikram Sarabhai, Founder of ISRO - India's national space agency. While ISRO lacks the budget, and has not sent anyone into space, the agency is now on track to have a man on the moon by 2008.

"There are some who question the relevance of space activities in a developing nation. To us, there is no ambiguity of purpose. We do not have the fantasy of competing with the economically advanced nations in the exploration of the moon or the planets or manned space-flight. But we are convinced that if we are to play a meaningful role nationally, and in the community of nations, we must be second to none in the application of advanced technologies to the real problems of man and society. "- Dr. Vikram Sarabhai, Founder of ISRO

From Wired:
Although the space program is a civilian effort, it is a symbol of national excellence -- and that makes it an ideal target. But behind the several layers of security, the Indian Space Research Organisation, or ISRO, is abuzz with new projects and excitement.

n the coming years, ISRO will send its first probe, the Chandrayaan-1, to map and photograph the surface of the moon. The agency will also introduce two new heavy-lifting rockets and establish extensive telecommunications networks that will link even the most remote regions of the country.
3.2
Score
Popularity
Activity
Freshness
Get Better and Faster