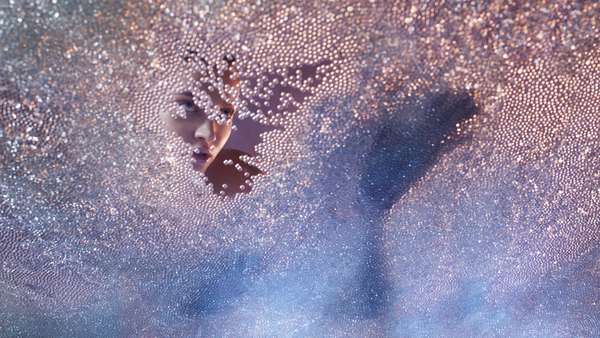 Meghan Young — April 22, 2011 — Fashion
References: lecreativesweatshop & behance.net
I'm enamored with everything the Le Creative Sweatshop produces and that includes their latest project titled In Somnium. This photo series is as surreal as ever, but with a decidedly more sci-fi theme that has not really been visited by this creative force.

Of course, we probably have Paris-based photographer Ben Sandler to thank for that. He photographed the shoot and art directed it alongside Le Creative Sweatshop, who naturally focused most of their energy on the stunning In Somnium set design.

As they describe, the In Somnium photo series follows a woman as "she descends into the arbitrary landscape of her fantastic reverie," an ethereal presence guided by phantasmagoric creatures.

The In Somnium series stars Ksenia Gorban, who was styled by Claire Le Doeuff, with hair by Frederic Kebabbi and makeup by Emilie Bak, Claire Raimbaud and Corinne Guess.
2.6
Score
Popularity
Activity
Freshness