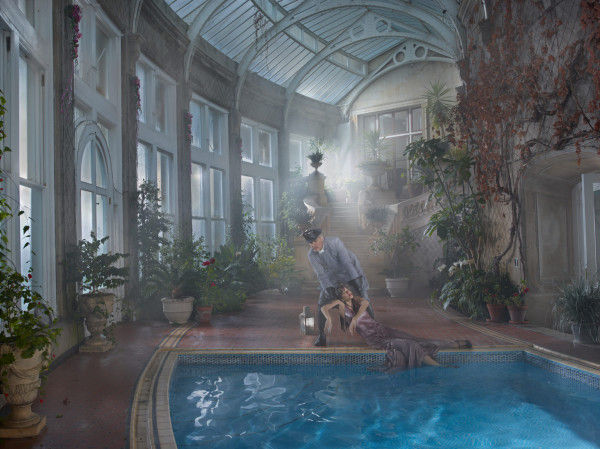 In Service by Julia Fullerton-Batten Focuses on the Edwardian Era

Meghan Young — April 24, 2014 — Fashion
References: juliafullerton-batten & trendland
In Service by Julia Fullerton-Batten, a photographer based in London, England, it a photo series that will bring to mind the hit television drama, 'Downton Abbey.' It is a reflection on the Edwardian era in Britain and the servant culture that came hand-in-hand with it. Although a stylized version of the happenings in such wealthy homes, it also captures the exploitation and abuse that often went on behind closed doors.

Shot in three stately homes in South England, In Service by Julia Fullerton-Batten showed the servants in authentic butler and maid uniforms while their employers can be seen in luxurious modern garb from the likes of Alexander McQueen and Chanel. This helps divide the two classes even further. The tableaus are captivating.
3.4
Score
Popularity
Activity
Freshness