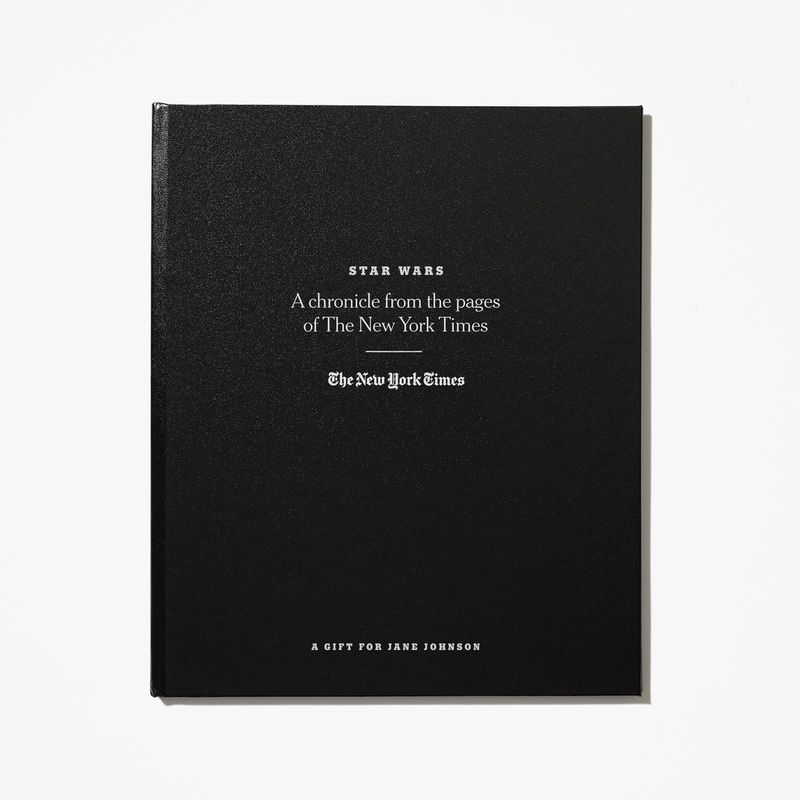 Justin Lam — January 23, 2018 — Pop Culture
References: store.nytimes & syfy
Avid Star Wars fans will able to relive all the excitement of the series with the release of the New York Times book 'In a Galaxy Far, Far Away.' The coffee table book, released by the news and media giant, sets itself apart from other Star Wars books by utilizing the expansive collection of New York Times articles to build a visual history of the series. The book is being described as the ultimate anthology and contains coverage on the Star Wars saga, ranging from coverage articles, reviews, obituaries, photographs and much more. The current version of the book will cover the history of the series from its inception to the recently released 'Star Wars: The Last Jedi.'

Star Wars has been a cultural icon since its first release and has spawned a vast collection of material that requires a deep knowledge to fully understand. This book is in no way the first to try to chronicle the series, but it stands out because of the vast amount of information it contains. Thanks to the The New York Times, fans can of any generation can easily reminisce, learn and further construct a deep love of the Star Wars Saga. In a Galaxy Far, Far Away is currently available through The New York Times, and can even be purchased with a personalized cover.
1.9
Score
Popularity
Activity
Freshness