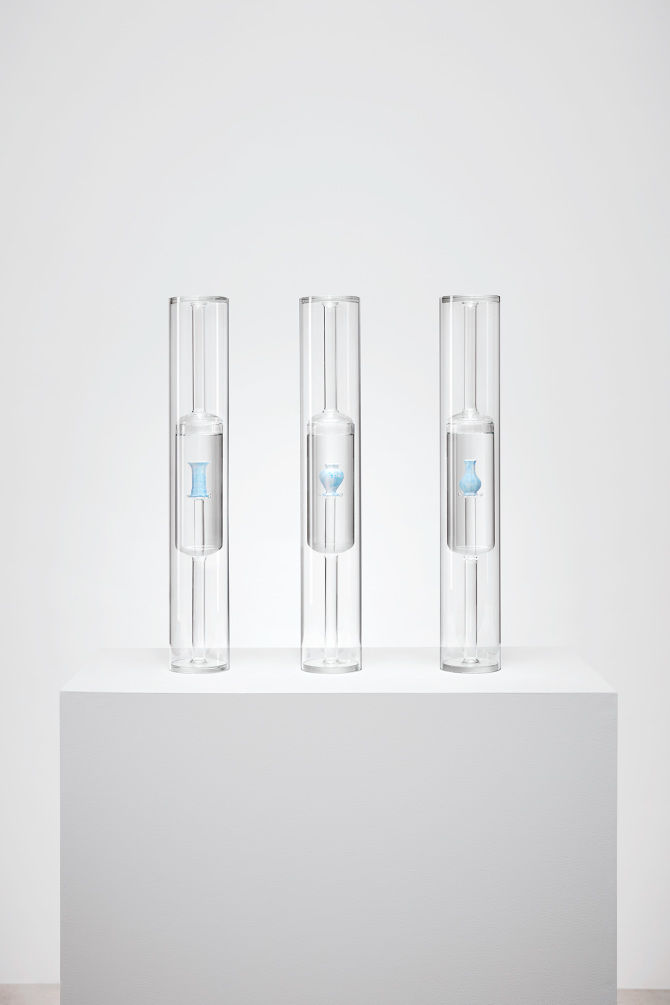 Kalina Nedelcheva — May 17, 2019 — Tech
References: hongjieyang.nl & fastcompany
Immortal human cells are the main component of these Delftware vases. Needless to say, the design process is striking. The project was initiated as an art endeavor by Hongjie Yang Studio which then collaborated with Biomedical Engineering professor Dr. Patricia Dankers and her Ph.D. candidate Dan Jing Wu to realize the first vase of the series.

Captured by authenticity and cutting-edge design, museum Centre Pompidou invited Studio Hongjie Yang to showcase its striking work. Bringing its aforementioned collaborators in the picture, the firm was able to bring to life the Delf Blue Vases collection. The partnership ran in the labs of the Technology University in Eindhoven, giving the studio access to exciting technologies and new possibilities. The first step entailed the duo to scan the structure of a physical Delftware. The shapes are later printed out of a biodegradable polymer, on the surface of which the immortal human cells are grown. The tissue constitutes of HeLa cells, specifically, which have predominant use in scientific research.

Although the project is quite obscure, it can also signal toward a future where immortal human cells are systematically used for manufacturing purposes.