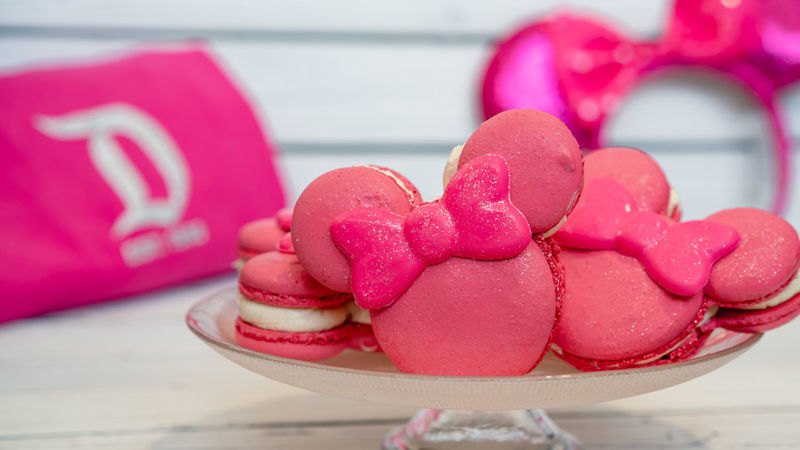 Disney's Imagination Pink Dessert Lineup Comes with Its Own Merch

As the Disney Parks Blog explains, "it's time to get your PINK ON" with the new Imagination Pink desserts at Disneyland Resort and Walt Disney World Resort. Just as the name suggests, the new desserts are all bright pink. Some of the standout treats from the new collection include the Imagination Pink Cake Pop, which is dusted with edible gold glitter, and the Minnie Macaron filled with a vanilla bean buttercream and cherry compote. There is even Imagination Pink merch available, including spirit jerseys, headbands, and backpacks.

Disney has been capitalizing on popular color schemes for years now and its Imagination Pink collection is no exception.