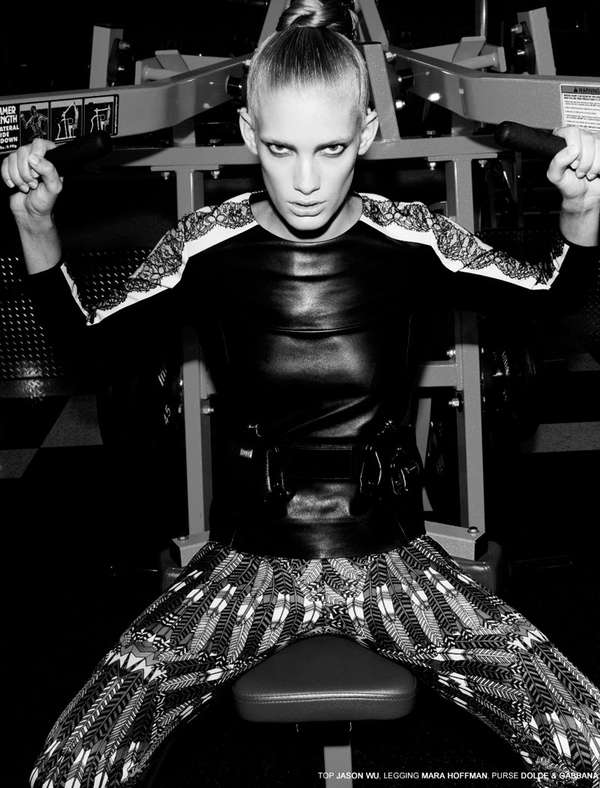 Sporting hot haute looks from stylist Cliff Hoppus, Ilse looks incredibly intimidating and chic in Prada, Dolce & Gabbana, Jason Wu and other top fashion houses. Though the smokey eye look might not be too fitting for the gym, hair stylist Livio Angileri stays true to the typical work-out 'do for most girls, giving the model a simple and sleek high bun, allowing full attention to be given to the incredible fall fashion looks.