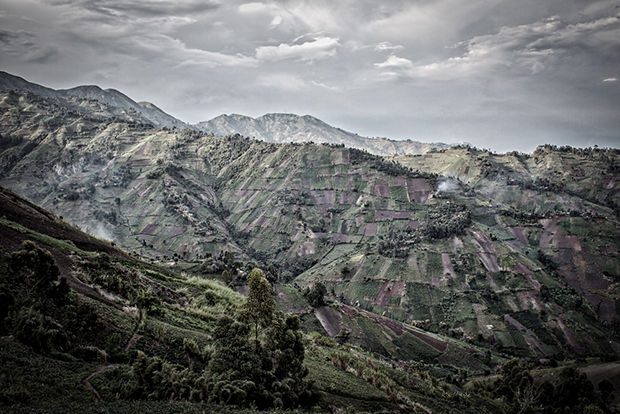 The 'War for Minerals' Photos Investigates Illegal Mining in the Congo

Rahul Kalvapalle — October 3, 2015 — Art & Design
References: erbertozani.photoshelter & featureshoot
Share on Facebook Share on Twitter Share on LinkedIn Share on Pinterest
War for Minerals is a very insightful photo series, put together by Erberto Zani, that is essentially a visual investigation of the illegal mining industry in the Democratic Republic of Congo. For this series, Zani depicted the men who mine for coltan, manganese and various other rare metals. Oftentimes, their work is performed under very dangerous and complicated physical and political conditions.

The men who mine for these minerals are depicted to be barefoot and do not have unionized support of any kind. A variety of powerful players including buyers, soldiers and police are involved in the practice, making it even more hazardous.

Ultimately, War for Minerals makes for a very eye-opening look into the world of illegal mining, and the men who have out of necessity allowed the industry to take over their lives.
2.9
Score
Popularity
Activity
Freshness
Get Trend Hunter Dashboard