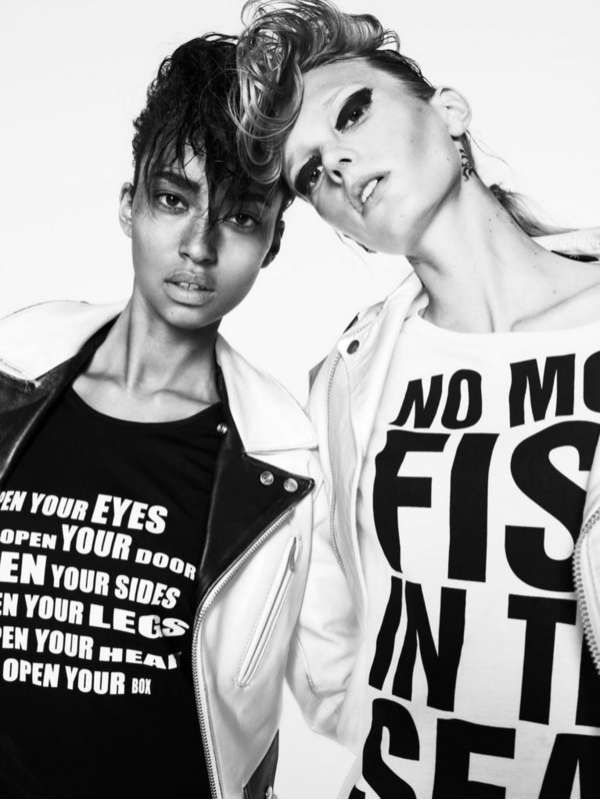 Jordan Sowunmi — May 17, 2011 — Fashion
References: id-mag & zac-fashion
Share on Facebook Share on Twitter Share on LinkedIn Share on Pinterest
Fashion photographer Richard Bush teams up with supermodels Anais Mali and Sigrid Agren for a photoshoot for the iD Summer 2011 issue. The models pose together and separately, each displaying extreme confidence and sometimes accompanied with an aggressive, text-heavy t-shirt. The photoshoot highlights both of the models' extremely thin figures, while also placing an emphasis on the ambiguity of their gender in some of the other pictures.

Both Mali and Agren are massive stars on the rise. Mali is signed to model management powerhouse Wilhemina New York, and Agren is signed to Elite Model Management and has been featured in ad campaigns for Prada and Armani.

The iD Summer 2011 shoot is a testament to the versatility of these models. They trade their typical high-fashion features for a tomboy editorial and they pull it off remarkably well.
3.3
Score
Popularity
Activity
Freshness
Jeremy Gutsche Keynote Speaker