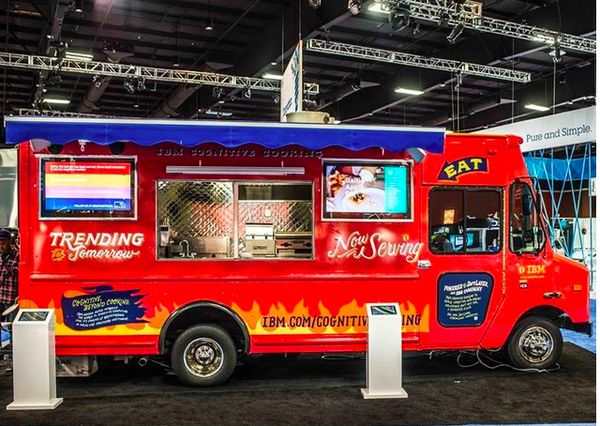 IBM has been collaborating with DARPA since 2008 to create a computer that actually thinks the same way people do, in the sense of food pairings and gluttony. In conjunction with the Institute of Culinary Education, the IBM food truck refrains from giving the chefs existing recipes and instead mixes wild ingredients and combinations; chocolate burritos and Swiss-Thai asparagus quiche are just a couple of examples.

The truck is taking a tour around United States, and at its stops, top chefs will prepare and serve the meals the computer conjures up. So far the on board chefs have already made Creole shrimp-lamb dumpling, Baltic apple pie and Turkish bruschetta. This truck and technology will give chefs everywhere great inspiration for new meals. Look out Austin, this truck is heading your way just in time for the upcoming SXSW festival.