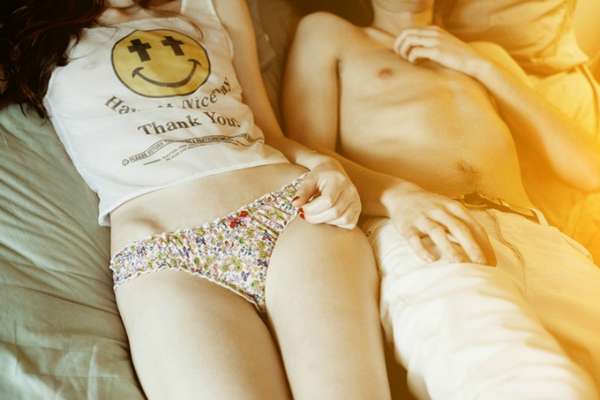 The ‘I Love Fake' 2011 Pictorials are Charged With Nostalgia

Ana Lopez — October 25, 2011 — Fashion
References: ilovefakemagazine & the-electric.blogspot
Share on Facebook Share on Twitter Share on LinkedIn Share on Pinterest
The ‘I Love Fake' 2011 editorial is full of love in teenage wasteland. Founded by Jolijn Snijders, the digital magazine is a celebration of youth, beauty and fashion. Jolijn is a well-known photographer who has shot for publications such as Nylon, Rolling Stone, Vogue Hommes Japan and Elle.

Her latest editorial has all the ingredients to appeal to the younger crowd: freedom, youth and sensuality. A young couple is the subject of the shoot, and their secrets and existential crises are constantly transmitted to readers. Shot in black and white with touches of dull color, every image has a hippie tone to it that is furthered by the lovers’ ensembles and carefree attitude. Readers are witnesses of a passionate story where kissing, smoking, talking and sleeping are presented in a fashionable way to allure viewers into the photoshoot.