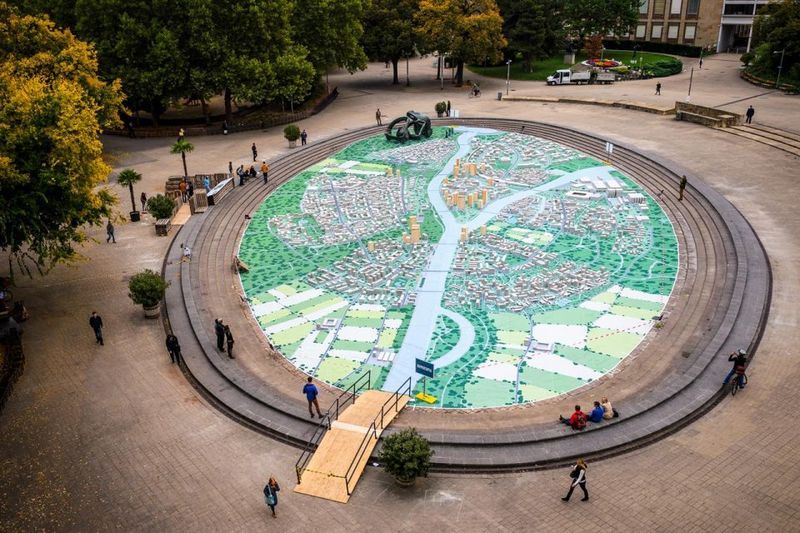 Joey Haar — August 17, 2016 — Art & Design
References: milliardenstadt.at & weburbanist
Share on Facebook Share on Twitter Share on LinkedIn Share on Pinterest
A few years ago, the Austrian government spent 19 billion Euros on a bailout of the Hypo Group Alpe Adria bank, a decision that still smarts with Austrians to this day -- and one that has spurred the design and installation of 'Hypotopia.' The art project, situated in the central square of Vienna, is a scale model of a city that could support 100,000 residents, called Hypotopia. The protestation within the piece is that it was created while adhering to a budget of 19 billion Euros: exactly the sum that was used to rescue the Austrian bank.

In calculating the cost of the city, the University of Vienna students who conceived of it took everything into consideration, including infrastructure, architecture, construction, public services, and everything else that goes into an urban center.
1.7
Score
Popularity
Activity
Freshness
Get Trend Hunter Dashboard