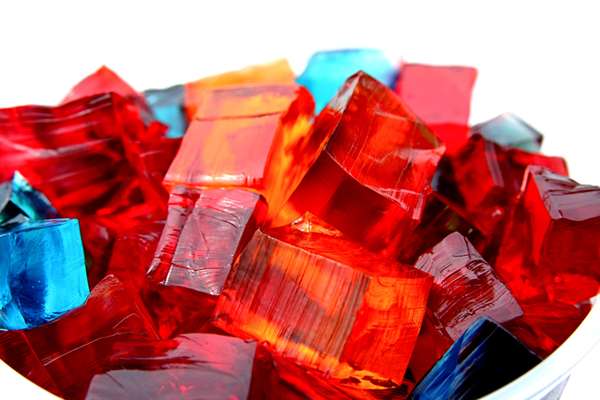 Human-Derived Gelatin Will be Served Up for Dessert

Amelia Roblin — July 19, 2011 — Tech
References: ncbi.nlm.nih.gov & fastcompany
You grow up being told not to bite your sister, and that eating your fellow man is both mean and will make you go mad. Then along comes human-derived gelatin.

Believe it or not, researchers at the Beijing University of Chemical Technology have been experimenting with a new way of acquiring the collagen-prepared protein from a source that will be less likely to risk the health of jelly consumers. As, the food industry relies on the bones and skin of pigs and cows to acquire the ingredient, which have often been attributed to the consequent immune response and illness of people who eat products like Jell-O and marshmallows.

So far there doesn't seem to be much information regarding who in the population will become the suppliers of human-derived gelatin, and despite its benefits it may remain a controversial idea to start.
1.5
Score
Popularity
Activity
Freshness

Organic Operating Systems
These Jello Computers Could Interface With You Someday