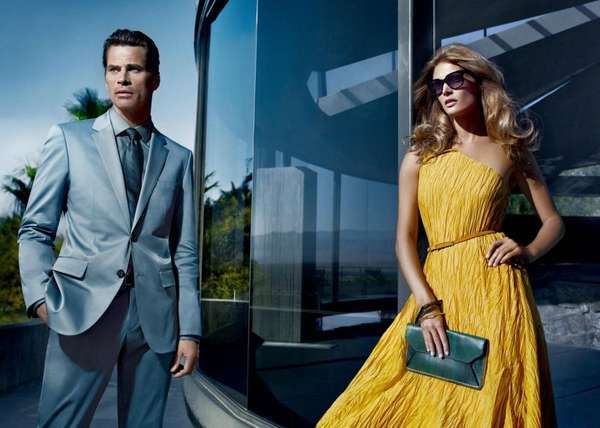 Meghan Young — December 11, 2011 — Fashion
References: hugoboss & fashiongonerogue
Share on Facebook Share on Twitter Share on LinkedIn Share on Pinterest
The Hugo Boss Black Spring 2012 campaign is all about introducing color into one’s wardrobe in a sophisticated manner. From bright yellow dresses to bubblegum pink frocks, the result isn’t girly at all. Instead, the cut of each outfit rules the show, while the color simply adds that "pièce de résistance" that many office looks and other equally conservative ensembles lack.

Lensed by fashion photographer Mario Sorrenti, the Hugo Boss Black Spring 2012 campaign stars Malgosia Bela alongside male supermodel Mark Vanderloo. The dashing duo complement each other beautifully, although Bela supplies most of the vibrancy in her playful looks. Despite being the perfect examples of sophistication, this fashion campaign has a sense of relaxed luxury about it as well. Thus, people can get the best of both worlds.
3.1
Score
Popularity
Activity
Freshness
Get Trend Hunter Dashboard