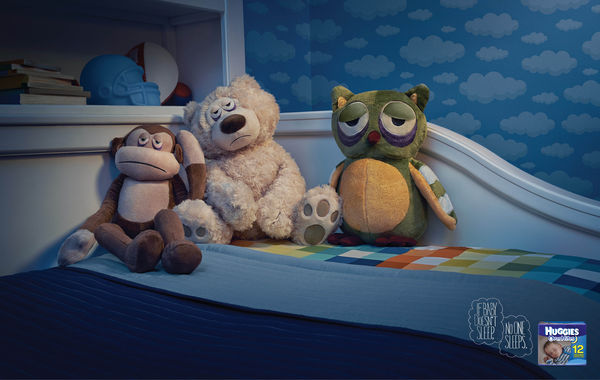 Meghan Young — May 31, 2014 — Marketing
References: ogilvy & adeevee
Share on Facebook Share on Twitter Share on LinkedIn Share on Pinterest
The Huggies Overnight Diaper ad campaign adorably illustrates its tag line, "If baby doesn't sleep, no one sleeps." Not even the cute stuffed animals that surround the little toddler as he is supposed to be in the land of slumber. In a way, the image brings to mind the 'Toy Story' franchise, something that people of all ages are sure to enjoy.