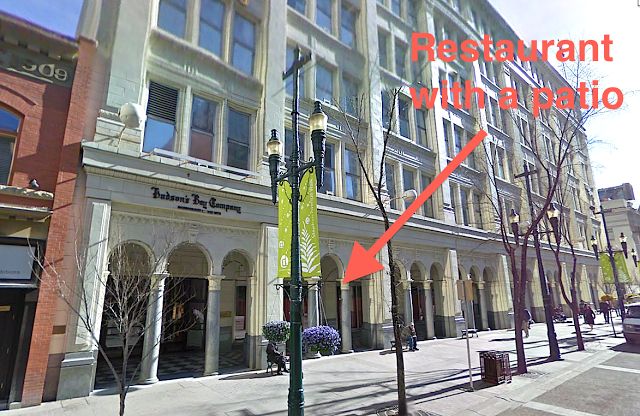 Alyson Wyers — October 16, 2014 — World
References: www3.hbc & retail-insider
Shortly after Hudson's Bay Calgary celebrated its 100 year anniversary, an announcement was made that its retail floor space would be decreased significantly in favor of a restaurant on the ground floor and an event space on the top floor. The downtown Hudson's Bay location will soon house a 75,000 square foot eatery with an additional 4,000 square feet devoted to a new lounge in the basement. This results in a 15% loss of total ground floor retail area.

Hudson's Bay Calgary is leasing this space, which is something other locations across Canada are doing as well. In Toronto, for example, Hudson's Bay is renting part of its 7th floor to Kleinfeld Bridal. Another Kleinfeld could also open in the same Calgary store.