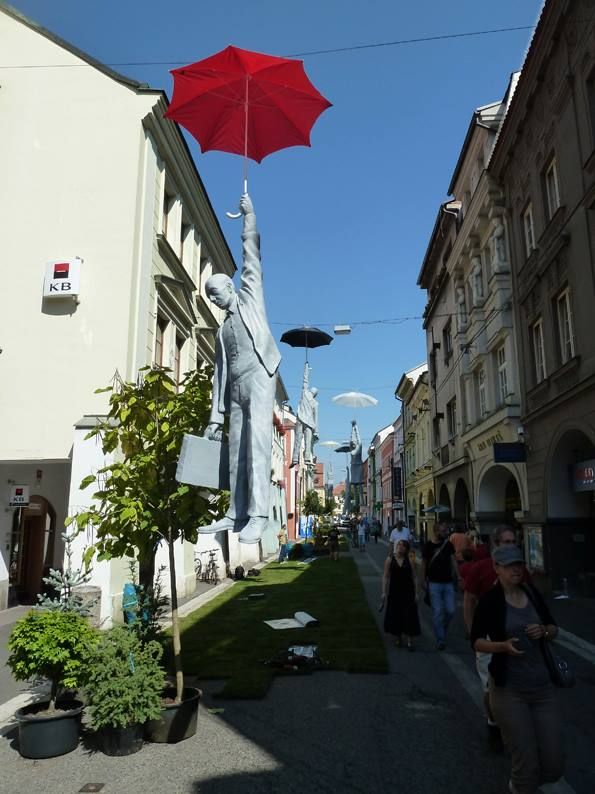 The Hovering Cement Figures are Sculptures That Represent Hardship

Exhibited in the city of Ceske Budejovice in the Czech Republic, the floating figures are shown outside in the open, as opposed to his earlier works where the figures were similarly dangling from ceiling wires with umbrellas in hand. The latest work by Trpak features life-sized gray human sculptures hovering above ground hanging on by red and white colored umbrellas.

While the sculptures, situated against the backdrop of clustered European buildings, give off a playful or quizzical sense, the hovering cement figures are intended to convey the disheartening feelings felt by the recent financial crisis felt across several European countries and the world. The serious, crestfallen faces on some of the sculptures contrasts with the more positive, radiant colors of the umbrellas that could signify that there are better days to come.
0.9
Score
Popularity
Activity
Freshness
View Innovation Webinars