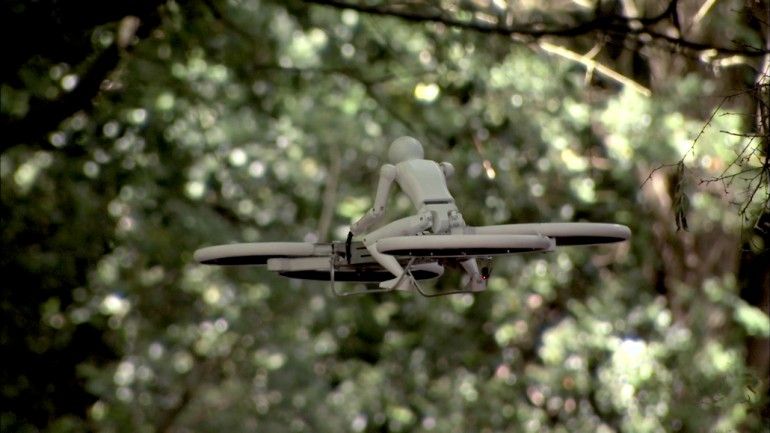 Malloy Aeronautics' Drone Teases the Design of a Full-Scale Quadrotor

Laura McQuarrie — October 8, 2014 — Autos
References: kickstarter & gizmag
Share on Facebook Share on Twitter Share on LinkedIn Share on Pinterest
Although the design of the Quadrotor Hoverbike seems like something right out of the future, Malloy Aeronautics is hard at work to make its concept from 2011 a reality—recently, the team wrapped up a Kickstarter project in order to fund the production of the full-sized vehicle. Usually one of the perks to backing a Kickstarter campaign is that you'll get something in return, but since giving out functional hovercraft bikes was not possible, Malloy Aeronautics found a creative solution that worked just as well.

Since drone technology is becoming increasingly popular, the team developed a hoverbike drone that's about a third of the scale that the real Quadrotor hoverbike would be. As well as being a fun toy to get for supporting the campaign, the drone also boasts some of the same features of the bike, such as being stable enough to carry a glass of water without spilling it.
4.7
Score
Popularity
Activity
Freshness
View Innovation Webinars