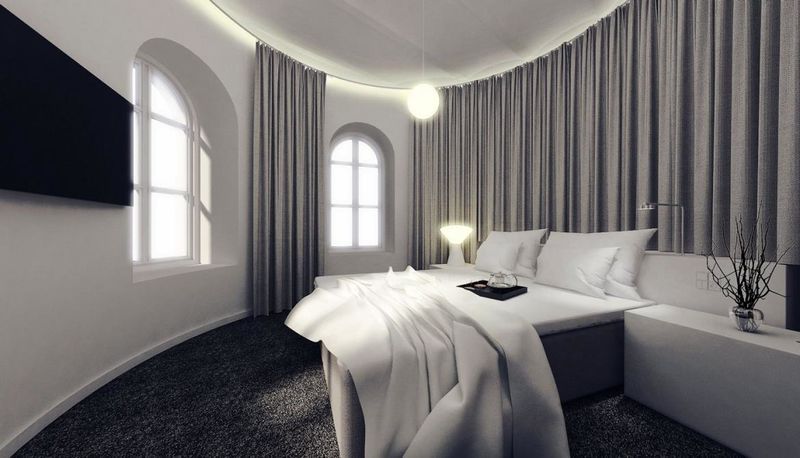 Laura McQuarrie — March 4, 2019 — Unique
References: brochner-hotels & luxurylaunches
Share on Facebook Share on Twitter Share on LinkedIn Share on Pinterest
Aside from having interior schemes that are crisp, white and clean-looking, rooms at the Hotel Ottilia in Copenhagen are powered by self-cleaning technology. Each morning, the high-tech hotel rooms have the ability to disinfect themselves without needing as much intervention from the housekeeping staff. This is thanks to the hotel's partnership with Danish company ACT.Global and its proprietary ACT CleanCoat technology, which is transparent, odorless and activated by sunlight to break down bacteria, viruses, and airborne mold spores, plus other contaminants and odors.

The transparent antibacterial spray is said to be useful for reducing manual labor costs by half and has the ability to purify and deodorize the air for up to a year.

Thanks to the introduction of CleanCoat, guests are able to enjoy rooms that are cleaned faster, while the hotel staff is saved from inhaling fumes from harsh chemical cleaners.
7
Score
Popularity
Activity
Freshness
Get the 2023 Trend Report FREE