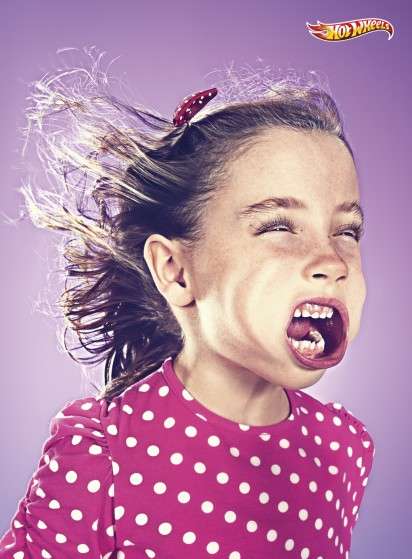 The Hot Wheels 2013 Campaign Shows How Serious These Toys Are

Meghan Young — June 19, 2013 — Life-Stages
References: ibelieveinadv
There is something about windblown face portraits that instantly grab people's attention and the Hot Wheels 2013 campaign looks to capitalize on it. Using children, which is only appropriate considering they are the target demographic, the fun photoshoot captures the feeling they will experience when playing with these particular toys. It will be almost as though they are driving a real race car.

The Hot Wheels 2013 campaign was conceived and executed by the Ogilvy & Mather ad agency branch based in London, United Kingdom. It was art directed by Darren Urquhart with creative direction by Gerry Human. The hilarious, slightly surreal images were shot by photographer James Day and retouched by Dennis Tuffnell. Each kid was captured against a different colored backdrop for more playfulness.
3.1
Score
Popularity
Activity
Freshness