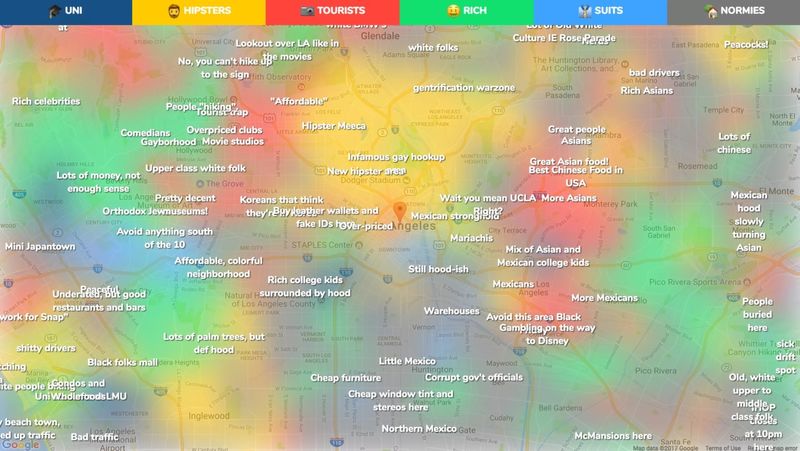 Joey Haar — July 18, 2017 — World
References: hoodmaps & archdaily
Share on Facebook Share on Twitter Share on LinkedIn Share on Pinterest
Every city has its own cultural flavor, and Hoodmaps is a site dedicated to depicting that unique mix. The site organizes cities based on six common urban demographics, giving users a shorthand reference for the makeup of every city that's included based on its geography.

Hoodmaps' city maps are divided into six categories: Uni, Hipsters, Tourists, Rich, Suits, and Normies. Each of these categories, which the site believes to sort the people in a city, is assigned a different color. Hoodmaps then crowdsources the work of sorting through the different neighborhoods, allowing locals to input where they see different people and color-coding the maps in kind.