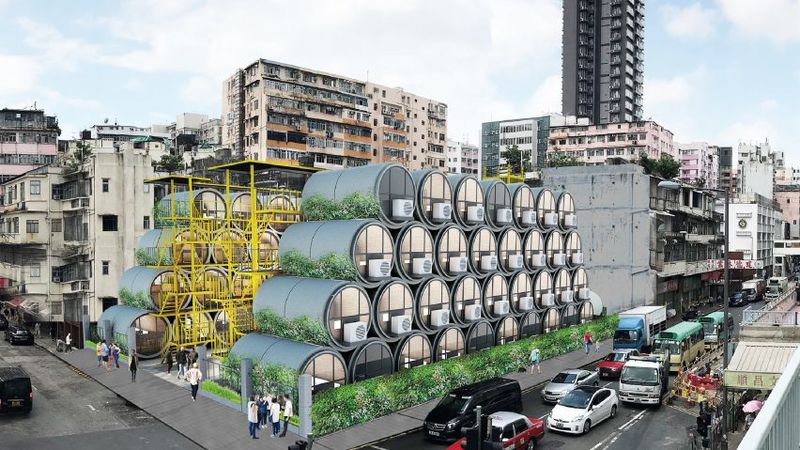 These Hong Kong Micro Apartments are in Concrete Pipes

Kalina Nedelcheva — January 17, 2018 — Life-Stages
References: jameslawcybertecture & dezeen
These Hong Kong micro apartments are specifically designed to aid the city's housing crisis. The studio of James Law Cybertecture released the proposal and prototypes for the 'OPod Tube Housing' initiative, accenting the fact that the project is budget-friendly.
The idea is to efficiently stack micro homes, situated in 2.5 meter-wide concrete water pipes. The interior will be transformed into 9.29 square meter livable spaces with doors that are smartphone operated.

The Hong Kong micro apartments are a short-term habitat for young people, who are struggling to afford conventional housing in the city. Although in its early stages, the OPod Tube Housing project has great potential to not only solve housing problems for Millennials and Gen Z, but also functions as a space-saver in an extremely large and dynamic city.
7.5
Score
Popularity
Activity
Freshness