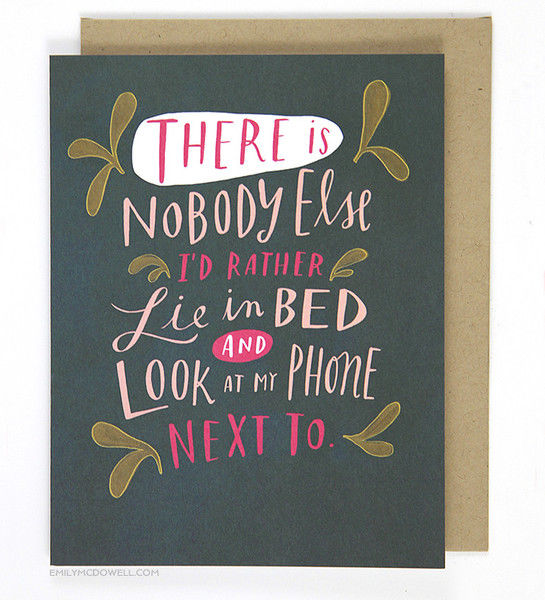 There was a time when true romance existed, and not just in the movies. People engaged in genuinely romantic behaviors and gestures: bringing home flowers for no reason, making a thoughtful gift or writing poems for their significant other.

Nowadays, we live in a society in which most people meet on Tinder and the text message has become the new love letter. Yes, chivalry is dead, as they say, and romance appears to be on its way out too. Just take this hilarious card for instance, which reads, "There is nobody else I'd rather lie in bed and check my phone next to." Now, that's love!
6.2
Score
Popularity
Activity
Freshness
Jeremy Gutsche Keynote Speaker