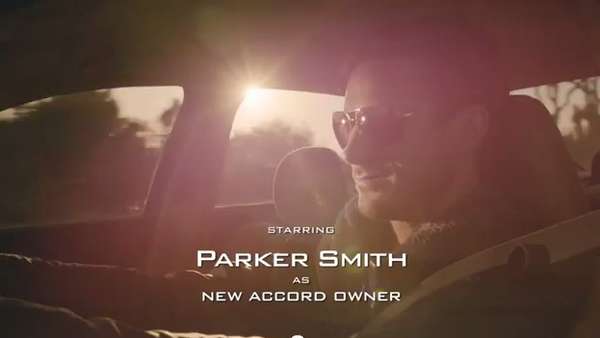 Katherinev123 — July 18, 2012 — Autos
References: youtube & popsop
Share on Facebook Share on Twitter Share on LinkedIn Share on Pinterest
In celebration of the Honda Summer Clearance Event, the automaker has released a series of commercials based on cliche movie endings such as those usually found in action/adventure, college humor and family comedy films. The campaign, created by RPA, is accompanied by both print ads and online ads, and the TV spots will air during "high-profile network programs," such as 'NCIS' and 'America's Got Talent.

In the action and adventure-themed commercial, shown here, a new Honda Accord owner, complete with a leather jacket and aviators, drives off into the sunset while 'You’ve Got Another Thing Coming' by Judas Priest plays. In contrast, the college-themed commercial showcases a group of young graduates embarking on a college adventure after one of them buys a Honda Civic. To see the rest of the commercials for promoting the Honda Summer Clearance Event, visit Honda's YouTube channel.
3.1
Score
Popularity
Activity
Freshness
Attend Future Festival