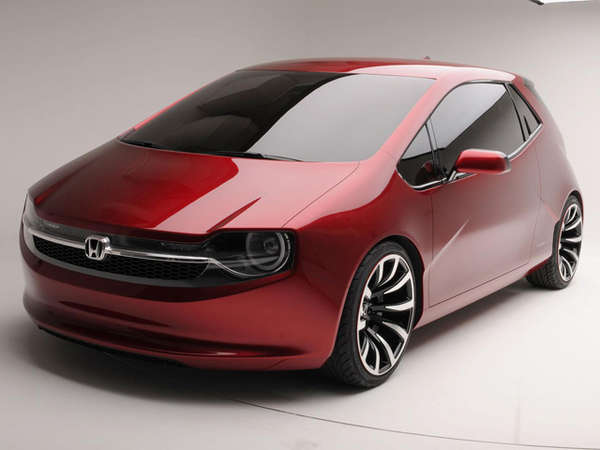 The Honda Gear is for Those Done with Conventional Eco-Cars

Michael Hines — January 27, 2013 — Autos
References: honda & carbuzz
The Honda Gear is a hipster-inspired hatchback designed for young drivers who don’t mind going small. The car gets its hipster street cred in two ways. First, its design was inspired by fixed-gear bicycles. Second, the Honda Gear made its debut at the 2013 Montreal Motor Show, not the more popular and larger 2013 Detroit Auto Show.

Details on the Honda Gear are scarce at best. Honda’s Design Director Dave Marek describes the hatchback as “customizable, connected and affordable.” North American drivers have recently begun to embrace smaller cars. The Fiat 500 is here to stay and automakers are becoming less reluctant with regards to building compact and efficient cars. Chances are that the Honda Gear is nothing more than a design study, but the concept could be a preview of the company’s plans for the future.