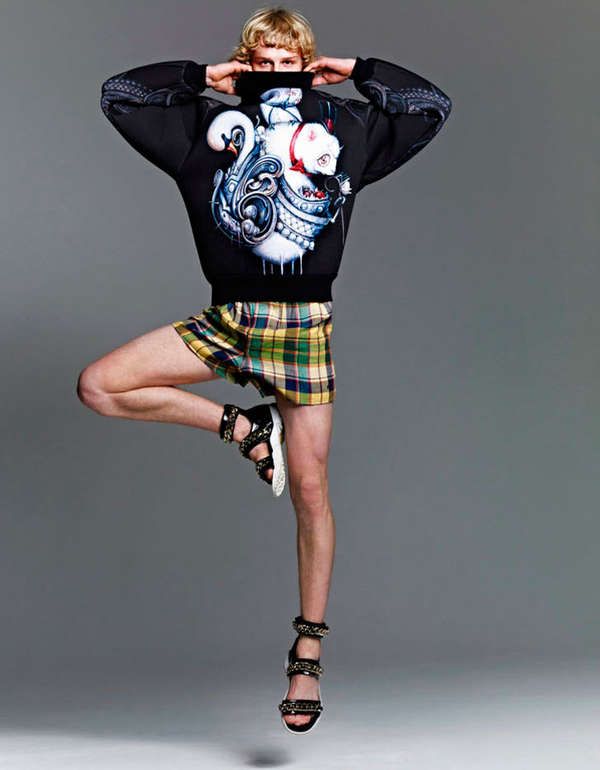 Dressed in an eccentric wardrobe of athleticwear, the guys pull off bold statement tees, metallic bomber jackets and oversized sweaters from the likes of Burberry, Givenchy and Louis Vuitton among a slew of others.