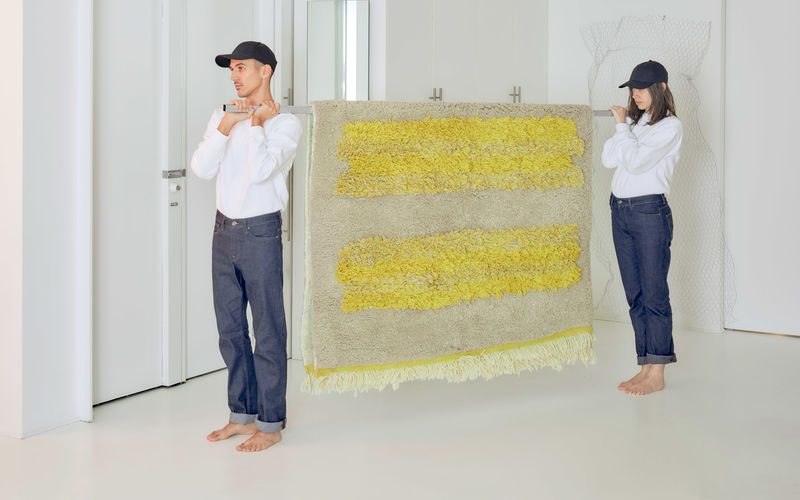 Kalina Nedelcheva — January 29, 2020 — Art & Design
References: trameparis & dezeen
Contemporary brand Trame has delivered a striking homeware collection as its debut at the highly regarded Maison&Objet event in Paris. The capsule—which consists of various rugs and ceramics, is boldly colorful and interesting. When developing it, the homeware and accessories label took inspiration from a fable that tells the story of how Madame de Blois, the legitimate daughter of Louis XIV, found herself bound to marriage to the Sultan of Morocco. This presented a catalyst for the range to "explore Meknes region and its culture."

Titled 'A Voyages to Meknes,' the homeware collection is also the result of the Trame's collaboration with various designers and artisans. These included Julie Richoz, Maddalena Casadei and Maria Jeglinska.