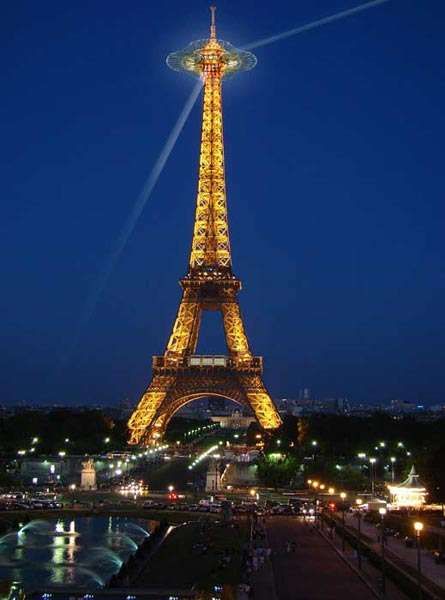 Now the Serero Architects' installation at the top of the tower has been officially declared a hoax by La Societe d'Exploitation de la Tour Eiffel (SETE).

Mr. Serero said his firm simply submitted unsolicited designs and put them on the Web, where they were seen and reported by news organizations.

Unsolicited designs are pretty common. Designers usually attach a brand's name to both get publicity and attention from the brand in the hope of their design being picked. Most of the time brands are happy with the free publicity to their own brand, like what happened in these controversial unofficial Toyota Prius ads. But sometimes they get touchy, such as the recent case of Chanel Choco Phone concept that Trend Hunter had to pull.

I say kudos to Serero for both getting a huge amount of free publicity, stirring conversation among people and for reminding these 'reputable' news agencies to do their job right.