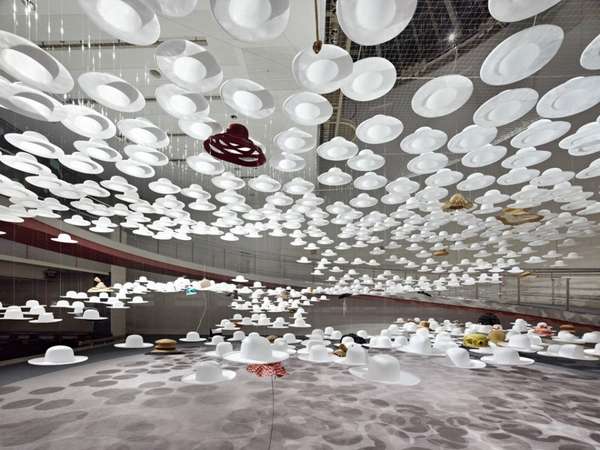 The Hirata No Boshi Exhibit Pays Tribute to Akio Hirata

Created by Japanese design studio Nendo, the Hirata No Boshi art installation boasts about 4,000 mass-produced, non-woven fabric hats that have been strung from the ceiling in an undulating formation. Like a scatter of clouds, it beautifully diffuses light throughout the space, transforming the entire room. The visitor simply wanders beneath them or through them to physically experience the creative freedom that underlines all of Hirata’s legendary work. A spiraling garden, the Hirata No Boshi installation is a must-see.
3.7
Score
Popularity
Activity
Freshness
Get Trend Hunter Dashboard