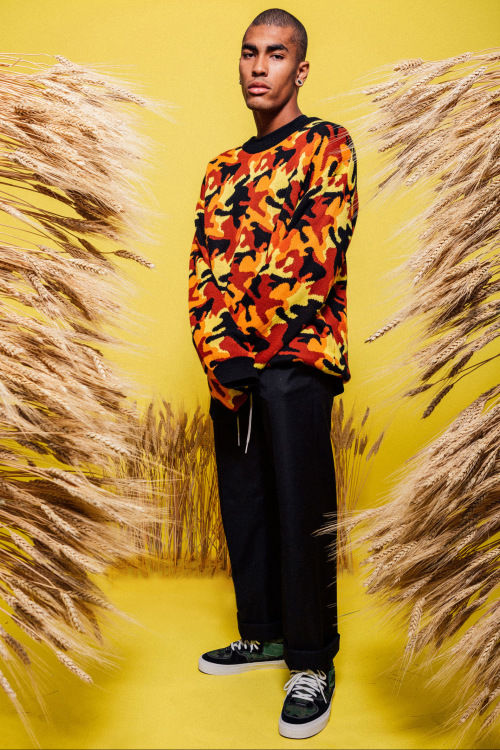 He stays true to this with his Fall/Winter 2016 collection, which infuses 80s and 90s inspiration with contemporary styles. The designer's name, and that of his self-named label, is included on many of the pieces is his iconic Cyrillic lettering. Paying homage to one of streetwear's most popular patterns, Gosha Rubchinskiy offers a number of camouflage prints in the mix, however adapts it for an original look with more clean-cut color variations.

He also includes a less-traditional yellow, red, orange and black camouflage print on a few pieces as well, which has shown up in some of his earlier collections as well. He utilizes vintage hip-hop styles throughout by featuring vibrant tones and by including a few branded tracksuits.
5.8
Score
Popularity
Activity
Freshness
Get Better and Faster