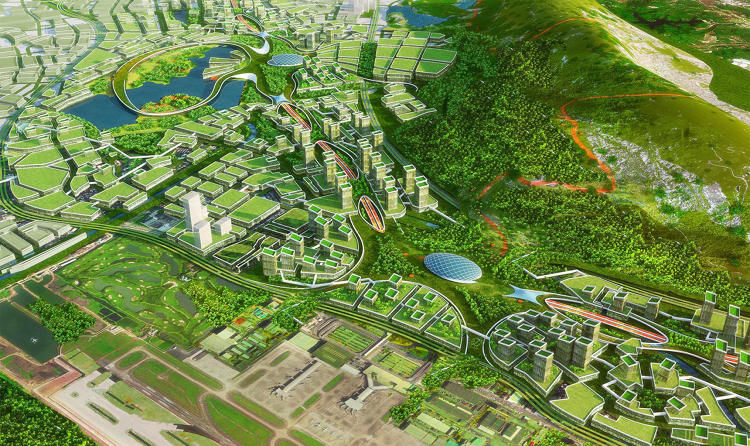 Joey Haar — August 23, 2016 — Eco
References: aoarchitect.us & fastcoexist
While the standard highway configuration around the world is effective for the vehicles of today, the highway G107 concept is designed for the vehicles of tomorrow. The design, conceived as a piece of infrastructure for Bao'an, a city in Shenzen, China, is primarily geared toward making highways more efficient for driverless cars and drones.

Typical highways have as many as 12 lanes. That system makes sense for human drivers who each own a vehicle, but driverless cars need less space to move just as fast, and sharing cars will allow for less cars on the roads. The G107 highway concept brings 12 lanes down to four and encloses these lanes in elevated tubes. Such a concept would allow traffic to move smoothly while also clearing area on the ground for parks and other public spaces.
5.9
Score
Popularity
Activity
Freshness