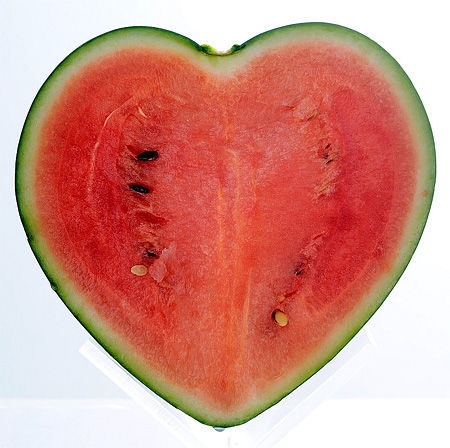 The Heart-Shaped Watermelon Was Engineered by Kimura Yoichi

It took Yoichi, who has been described as an agricultural craftsmen, some time before developing a mold that didn't cramp the fruit during the farming process, while the heart-shaped watermelon is also slightly sweeter than the average variety of the fruit as well.

Yoichi is said to have gotten the idea for exploring the shapes into which he could grow his produce when a woman in his town jokingly asked him for a heart-shaped watermelon.
0.7
Score
Popularity
Activity
Freshness
Get Better and Faster