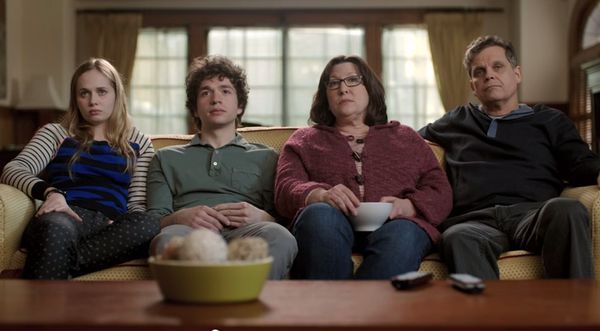 Laura McQuarrie — April 26, 2014 — Pop Culture
References: itunes.apple & ifitshipitshere
Share on Facebook Share on Twitter Share on LinkedIn Share on Pinterest
As part of the promotions for the HBO GO app, HBO released a series of ads showing just how awkward it can be to watch a TV show with your parents, especially when the content is risqué. For these ads, HBO demonstrates this with its own programming like Girls, Curb Your Enthusiasm and in this case, a scene from Game of Thrones.

The 'First Cousins' HBO ad features a family squeezed together on a couch, watching a romantic scene between Cersei and Jaime Lannister, who are siblings. As things get steamy between the brother and sister onscreen, the mom makes a remark about some of their relatives that doesn't seem to help the situation any. The ad is a brilliant way to promote the HBO GO app, which keeps parents at bay to avoid these kinds of scenarios.
3.1
Score
Popularity
Activity
Freshness
View Innovation Webinars