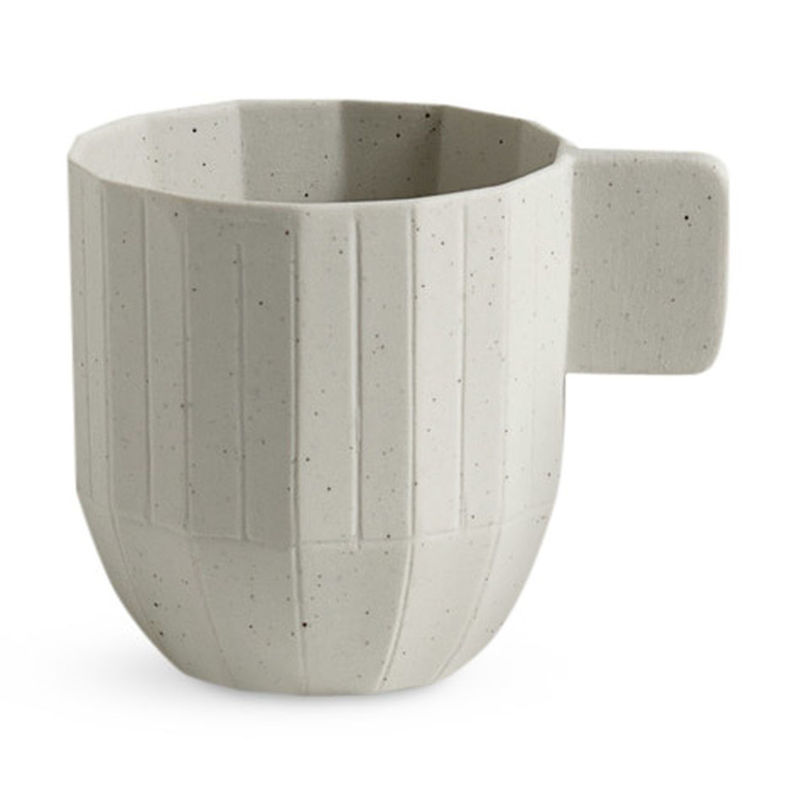 Joey Haar — May 14, 2018 — Art & Design
References: store.moma.org
Paper was central in the development and acceleration of society as we know it today, and Dutch designers Scholten & Baijings were inspired by that monumental material in the creation of the HAY Paper Porcelain Espresso Cup. The cup was originally a completely paper prototype, and the designers opted to cast it in porcelain after seeing its functional beauty.

The HAY Paper Porcelain Espresso Cup doesn't only owe its shape to paper. In fact, the cup is "realized in a fine ceramic that perfectly mimics the original", according to the MoMA Store where it's sold. The designers created a special blend of porcelain with flecks of iron embedded in it, giving the cup a speckled appearance that looks very similar to the rough appearance of recycled paper (though the cup itself is actually pleasingly smooth).
4.6
Score
Popularity
Activity
Freshness