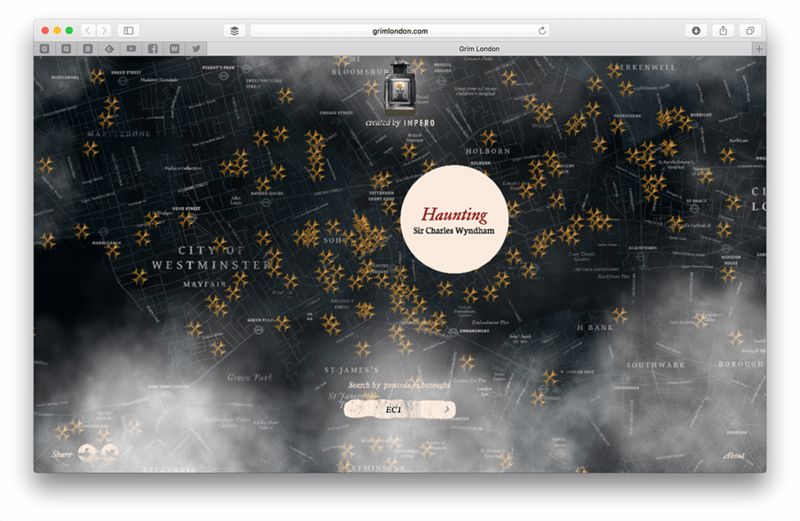 Laura McQuarrie — October 27, 2016 — Marketing
References: grimlondon & wersm
Share on Facebook Share on Twitter Share on LinkedIn Share on Pinterest
'Grim London' is the name of an interactive haunted city map of London that can be explored online, revealing some of the darker sides of the global city's past. The spooky city guide by Impero, a London-based digital creative agency, allows users to explore a history that's described as "delightfully grim" and "morbidly fascinating."

To begin, it's as simply as plugging in the name of a postcode or borough, which will call up a specific section on the Grim London map. The map is dotted with markers, which are categorized by tags such as "Murder," "Oddity" and "Haunting," which all serve to reveal bits and pieces of dark events that have occurred.

One of the most fascinating areas of Grim London to explore is the "EC1" postcode, which was the territory of Jack the Ripper.
3.6
Score
Popularity
Activity
Freshness
View Innovation Webinars