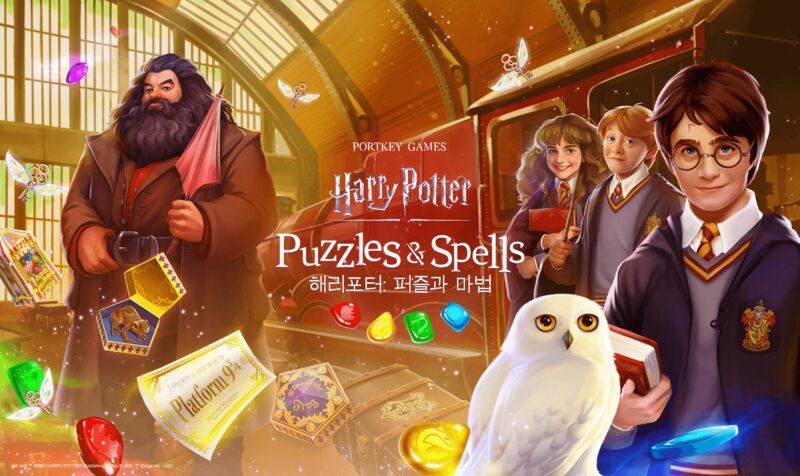 Grace Mahas — January 19, 2021 — Tech
References: zynga
Share on Facebook Share on Twitter Share on LinkedIn Share on Pinterest
Mobile games platform, Zynga Inc. recently announced the launch of 'Harry Potter: Puzzles & Spells' in Soth Korea. The game is officially licensed from Warner Bros. Games and is now available for free download on the App Store and Google Play in the country. The game brings the magical world of Harry Potter to your smartphone with more than 1,000 puzzles. Fans can also use the new avatar customization inspired by Zayn Malik, a self-proclaimed Harry Potter fan.

“Harry Potter: Puzzles & Spells has earned awards and recognition for its compelling gameplay and authentic portrayal of the beloved characters, locations and magic of the series,” said Bernard Kim, President of Publishing at Zynga. “But it also brings a spirit of competition to the Wizarding World, as players join in-game Clubs with other fans to rise through the ranks of global leaderboards.  As some of the most avid and competitive gamers in the world, we’re excited to welcome players in South Korea to enjoy the magic, community and Club competition of Harry Potter: Puzzles & Spells.”