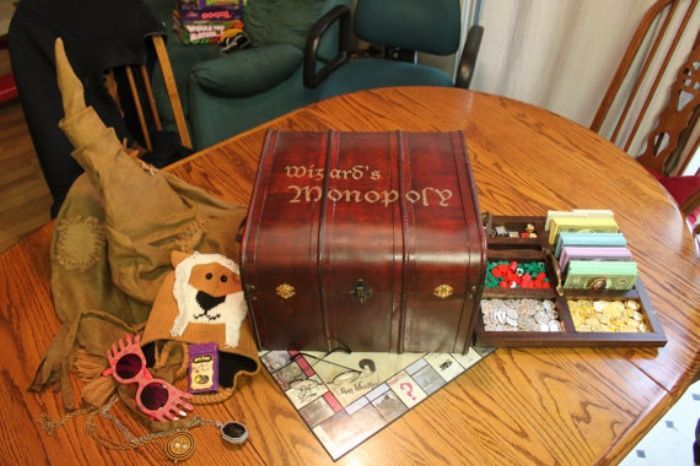 Meghan Young — July 23, 2014 — Life-Stages
References: etsy & ohgizmo
Share on Facebook Share on Twitter Share on LinkedIn Share on Pinterest
The Harry Potter Monopoly set is one way to immerse a person in the world of wizardry and witchcraft. Although not an official Parker Brothers edition, this board game will more than satisfy fans until one is released. In fact, it probably already blows any official one out of the water on sight alone. This Harry Potter Monopoly comes in its very own vintage trunk, giving the game a very authentic feel.

In addition of colorful paper cash, the Harry Potter Monopoly boasts gold and silver coins. With a touch of magic and mystique, the game nevertheless follows the same rules. Designed by CustomLumos, it is a luxury board game priced over a whopping $1,100. It does take about a month to create, after all.
6.4
Score
Popularity
Activity
Freshness
Access Advisory Services