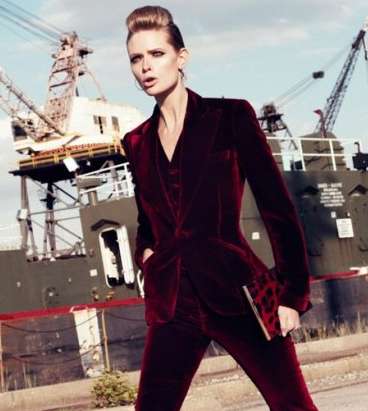 Now international known, Kudacki has been showcased within Vogue Espana, 25 Magazine and Teen Vogue. As many of these have been cover features, it was only a matter of time before she teamed up with the likes of Haper’s Bazaar UK.

Kudacki’s wardrobe in this photoshoot is markedly different in each snapshot, sometimes caught in revealing fishnet stockings and other times caught in retro red velvet business suits. Summer, fall, winter and spring apparel pieces are also present throughout via varying lengths, cuts and materials.