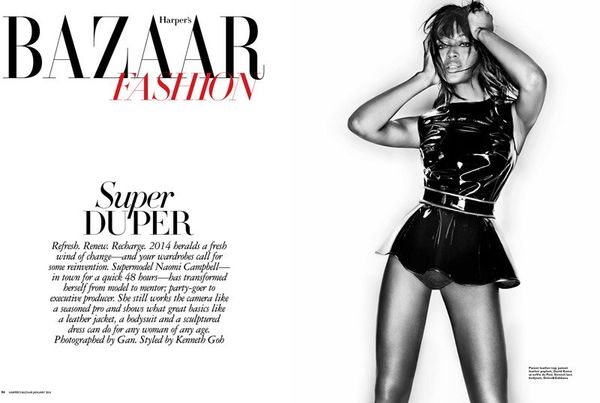 Shot entirely in black and white, which really accentuates the monochromatic wardrobe put together by creative director Kenneth Goh, the Harper’s Bazaar Singapore January 2014 cover shoot was lensed by photographer GT Gan. Captured in studio against in a stark white backdrop, the photoshoot showcases edgy pieces from the likes of Saint Laurent, Dolce & Gabbana, Celine and more. Leather biker jackets and mini skirts aside, there is a playful femininity about the looks that owes itself entirely to Campbell's disposition.
4.8
Score
Popularity
Activity
Freshness
Get Trend Hunter Dashboard